Cliff, has been a Licensed Funeral Director and Embalmer for forty-five years. Obtained his degree in Mortuary Sciences and Funeral Services from American Academy McAllister Institute of Funeral Services, Inc. in New York.

He practiced in New York and New Jersey where he owned his own funeral homes, until moving to Florida twenty-five years ago with his wife Eldine and Son Doug.

Cliff is a veteran of the United States Navy having served honorably for twenty years. He is a life member of the VFW, American Legion and the Fleet Reserves. A member of Lady of the Catholic Church, Past Grand Knight and Former District Deputy of the Knights of Columbus as well as Faithful Navigator of the Fourth degree. He is also a member of the Sons and Daughters of Italy in       Deltona.

Mike is a 1974 Graduate of Kentucky School of Mortuary Science, Louisville, Kentucky. After graduation, Mike moved to Fort Wayne, Indiana to service an apprenticeship and to learn from the old-time masters. In 1978 he moved to Florida and in 1984 moved to Deltona where he resides there presently with his wife Peggy. He has four children and three grandchildren. Michael and Peggy are parishioners of Nativity Catholic Church Longwood, Where he serves as a Eucharistic Minister and Hospitality Minister.
Mike is also a 3rd and 4th Degree Knight of Columbus, and a newly commissioned Kentucky Colonel. Michael purchased Tri-County Cremation & Funeral Home, an established business in 2004 and is dedicated to serving Central Florida families in their time of need.

Find Us on Google Maps 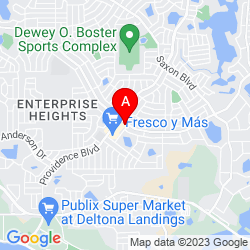